Drugs are often said to hijack brain systems of natural rewards, but what does it mean to hijack those systems? The essence may be to generate intense levels of motivational incentive salience or ‘wanting’ that are focused on the addictive target. A crucial feature of addictive hijacking may be that the addicted ‘want’ becomes greater than either the known value of the reward (learned value, based on previous experiences) or the actual hedonic value of the addictive target when received (‘liking’ or hedonic impact). 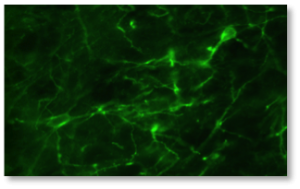 To directly stimulate brain circuits that generate and focus more powerful motivation we have recently applied the exciting new technique of optogenetics. We have found that we can selectively magnify the motivation attractiveness of a particular Pavlovian cue for reward by pairing that specific cue with laser stimulation of mesocorticolimbic circuits involving the amygdala (see video below). As a result, rats will come to work harder for that specific cue than for another reward cue that has not been paired with laser brain stimulation.